As the battle between Republican candidates rages on, Ted Cruz has unleashed a new tactic against Donald Trump.

The ”Celebrity Apprentice” star is currently being sued for fraud because of the ”school”: one $40 million lawsuit has been brought by New York Attorney General Eric Schneiderman and two class action suits have been filed in California.

The ”university,” which has been renamed Trump Entrepreneur Initiative, consisted of a three-day, $1,500 course where students were urged to sign up for a $35,000 mentorship program. Nearly 7,000 students ”enrolled” with more than 150 students alleging of illegal business practices. Court documents show that nearly 40% of the students received a refund.

Cruz’ website states that you can pre-order the shirts for $25 and that they will start shipping after March 16. In January, Cruz’ website began selling white baseball caps emblazoned with ”Make Trump Debate Again,” which are also still available for $25. 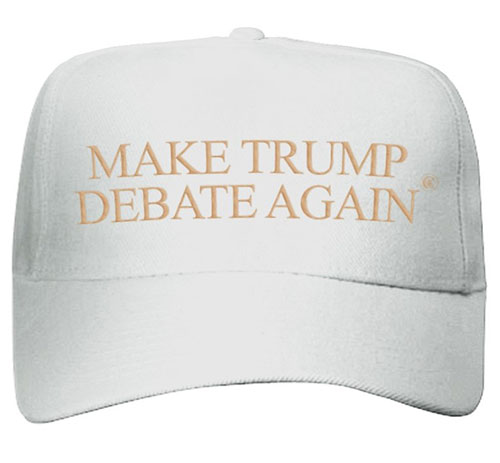