Ken Bone captivated America when he asked a question on energy policy during the second presidential debate. Now he’s capitalizing on his newfound red-sweater fame with a t-shirt deal and an endorsement with Uber.

Bone launched his official shirt via Twitter on Wednesday, inviting America to “enter the #bonezone.” His official shirt is available for one week only on the crowd-selling platform, Represent, costing $19.99 for a fitted tee and $34.99 for a pullover sweatshirt. 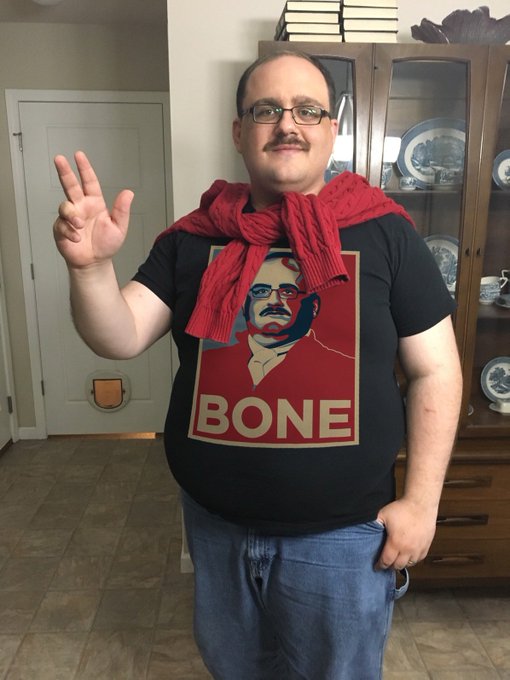 America, prepare to enter the #bonezone. My official shirt is available for 1 week. Get it at http://Represent.com/kenbone

Represent’s chief marketing officer, Bobby Maylack, told CNBC late Thursday that the company focuses on capitalizing on viral moments, and has worked with hundreds of different celebrities in the past. He said the company reached out to Bone earlier this week, and that he plans on giving a portion of the profits to “a charity close to his heart.”T-shirt deal

“Ken is one of the sweetest, kindest people we’ve ever worked with,” Maylack said. “He immediately said he wanted to use this as an opportunity to do good in the world, and we’re excited about the charitable component.”

Represent charges a variable fee that covers raw material, production, and delivery of each product. The designer chooses the selling price and keeps 100 percent of all profits. Bone’s campaign had sold over 2,700 items as of Thursday evening.

Sunday’s debate took place in front of uncommitted voters selected by the Gallup Organization. As such, Bone also tweeted his “decision” Thursday to use UberSelect’s new service in St. Louis.

An Uber spokesperson told CNBC the company was “fascinated by Ken Bone’s emergence onto the national stage,” and partnered with him on the launch of UberSelect in St. Louis.

The spokesperson said the company was providing Bone with Uber credit for his role in the launch and specified that it is not a long-term endorsement deal.