Heidi Klum’s impressive figure was fully on display in St Barts yesterday
The German supermodel’s enviably long pins and pert bottom were impossible to miss as she cosied up to her toyboy beau, Vito Schnabel, 28.

Wearing her blonde tresses down, the TV star, who is currently taking a break from Germany’s Next Top Model, sported a wet T-shirt complete with a heart and ‘Chill Out’ motif.

Despite her top half remaining covered, Heidi’s trim stomach could still be seen after she took a dip in the sea with her hunky man.

Heidi chose a simple pair of black bikini bottoms and a two-tone halterneck for her relaxing day, before later adding a sheer sarong to her attire. 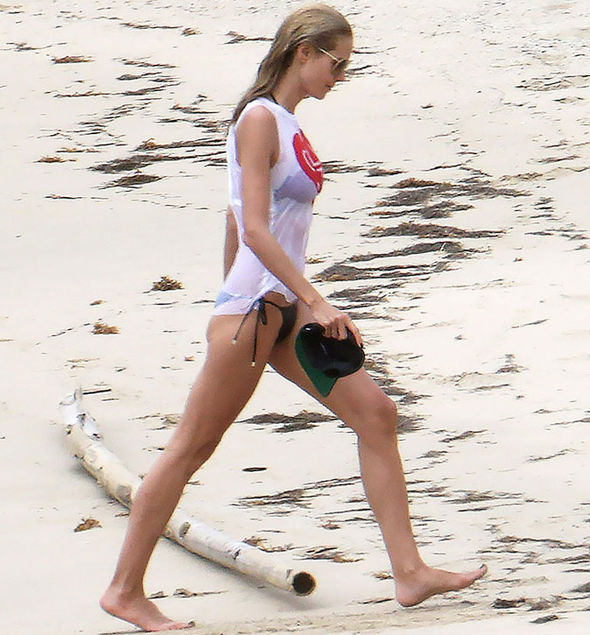 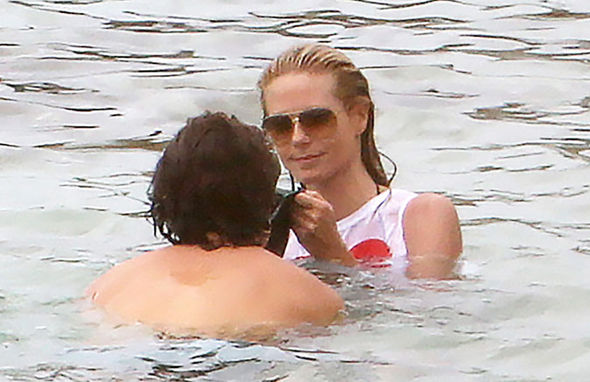 The model was joined by her beau Vito Schnabel

Vito, who Heidi has been dating for over a year, proved to be quite the gentleman as he happily carried her embellished handbag.

The mother-of-four did however make sure to remind fans to watch America’s Got Talent, in which she appears alongside fellow judges Mel B, Howard Stern and Howie Mandel. 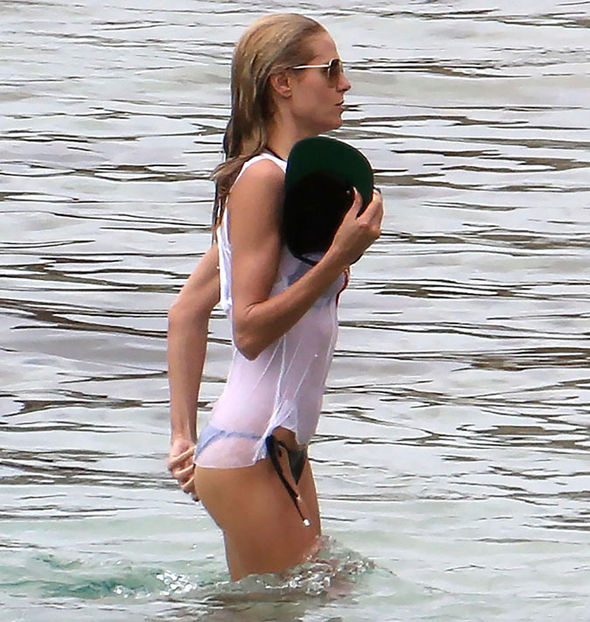 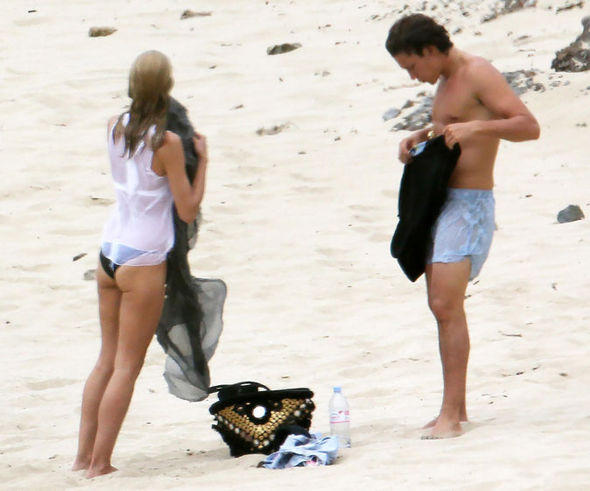 The pair have been dating since February last year

Despite the stunner living in Los Angeles while her man is in New York, the pair looked more loved-up than ever as they took some time out from their busy lives.

Vito has previously been linked to a few other famous faces, including Demi Moore, Liv Tyler and Elle McPherson.

Heidi first became involved with the curator following her split from bodyguard boyfriend Martin Kristen, which came after her divorce from singer Seal. 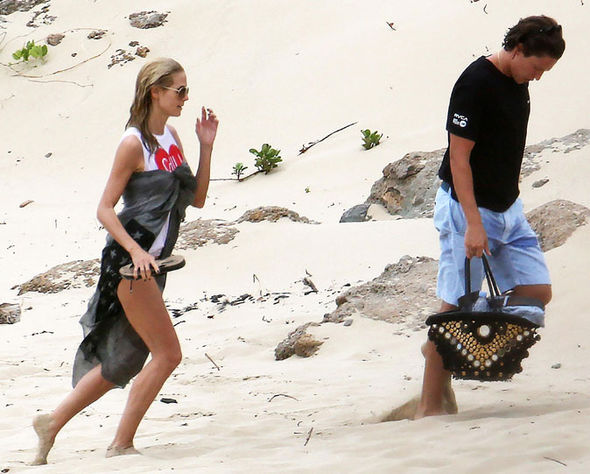 Heidi later added a sheer sarong to her ensemble