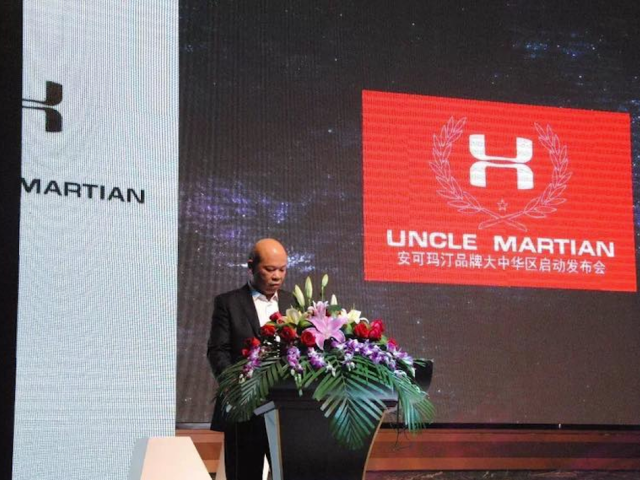 The Uncle Martian launch event.
A company in China just unveiled a premium sportswear clothing brand, which looks very similar to Under Armour.

Images from Uncle Martian’s launch show were shared widely on social media this week when people noticed the blatant similarities between the two sportswear clothing brands.

A 25-year-old Chinese sportswear manufacturer Tingfei Long Sporting Goods Co. is behind the new brand, according to Mashable, where we first spotted the story.

Uncle Martian is not even trying to hide the similarities between the two sportswear clothing brands.

On Weibo, a Chinese social media site, Uncle Martian shared a post that included a photo of the Under Armour logo alongside images from the launch.

China has fairly similar copyright laws to western countries. It has been a part of the World Trade Organization since 2001, which requires it to establish significant intellectual property laws. The problem is that these copyright laws are difficult to enforce in China, according to the China Business Review.

See if you can tell the difference: 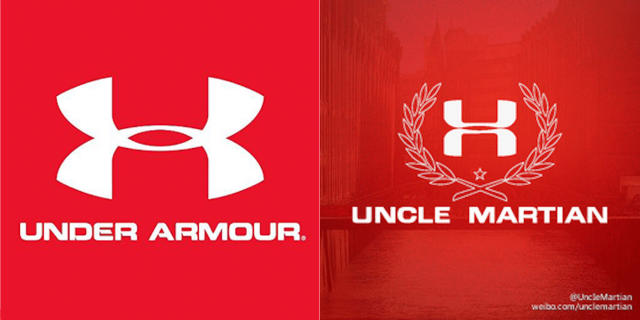 Here are some more pictures from Uncle Martian’s launch party: 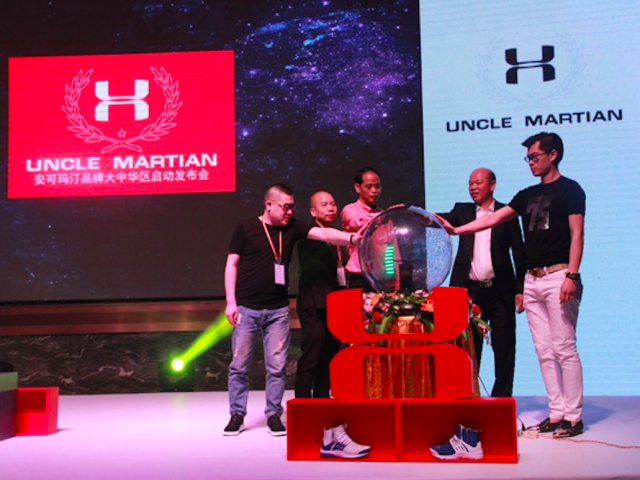 Check out the Uncle Martian model on the catwalk: 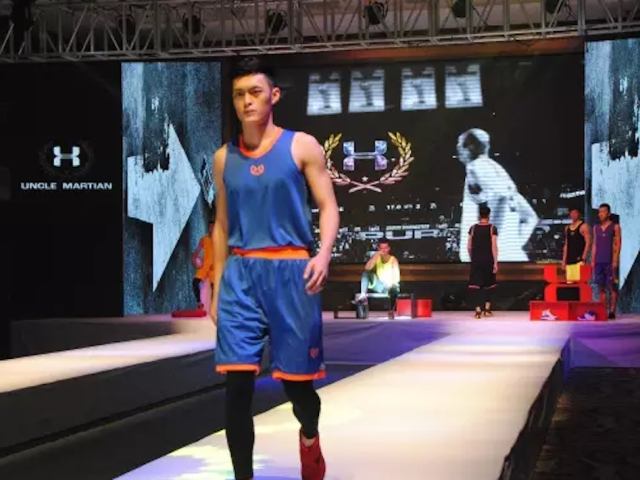