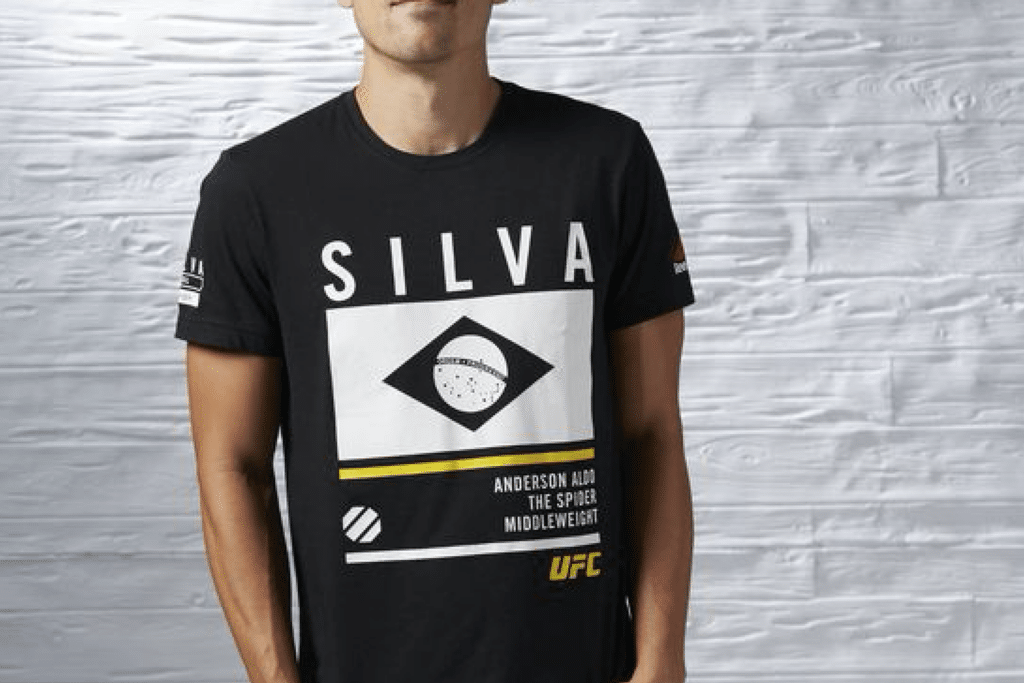 Reebok, the official apparel company of the UFC, faced another wave of online criticism on Tuesday when it was revealed a T-shirt designed to promote Anderson Silva and his Brazilian heritage instead referred to the former middleweight champion as ‘Anderson Aldo’. The link to the garment was originally available here, however, Reebok has since rerouted the URL.

For their part, Reebok says the error is the result of a mistake made at a single manufacturing location. “Unfortunately, an error was made at one of our printing facilities,” said a PR representative for the company. “We are currently working to rectify the issue.”

Reebok’s June launch into the MMA and UFC space got off to a rocky start with now-notorious misspellings on fight kits of fighters such as Gilbert Melendez. They’ve also received criticism for their participation in the UFC’s decision to disallow virtually any other sponsor at UFC-related events or fights. That pushback even spilled over to Reebok when UFC management fired favored personnel like long-time cutman Jacob ‘Stitch’ Duran in July. Duran made public some criticisms of the UFC-Reebok arrangement and was let go by the UFC for it, yet Reebok absorbed much of the blowback despite having no say in the decision to let Duran go.

Most recently, the apparel brand got into hot water when they created a T-shirt that misidentified the Republic of Ireland for Ireland, generally. That T-shirt was subsequently removed from market while Reebok told MMA Fighting the problem was a ‘design error‘.

The UFC and Reebok entered into six-year partnership that began in July, reported to be worth $70 million, making Reebok the official apparel company and outfitter of the UFC.