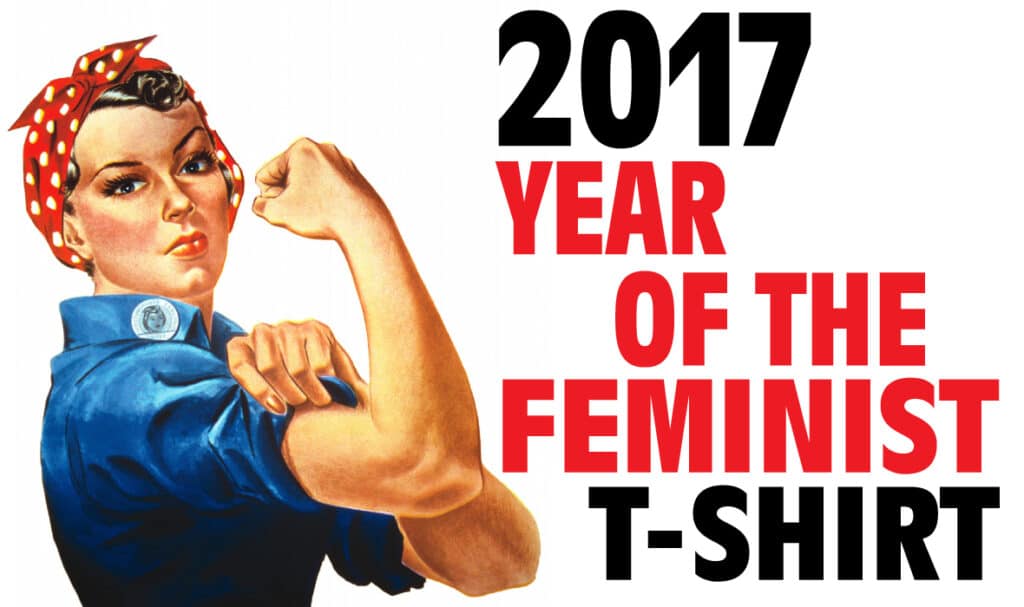 It was indeed a big year for the feminist t-shirt, as the ”Nevertheless, she persisted” tee is said to have earned around $300,000 in support of Planned Parenthood. Not to be outdone by anyone, high fashion got in on the act with Robert Geller donating proceeds of his ”Immigrant” tees sales to the ACLU, whilst legendary fashion house Christian Dior pledged a percentage of the sales of their ”We should all be feminists” t-shirts to the Clara foundation. For 2017, when it came to fashion, making a statement or declaring your political affiliations in Trump’s America, there is no question that the t-shirt was front and center in this fantastic and often heated display of positive social discourse, good old fashioned democratic protest and free speech.

Instead of slathering blank tees with their logos, it seems that designers often sought to make something of a statement about their own politics in 2017. It was probably good for business, but it was also good for good causes-some reports indicate that by January 2017 the ACLU had already held a much touted event at Miami Beach’s famous Basel Art Fair to publicize their own collab t-shirt design efforts with designers as disparate as Everlane and Public School. Speaking about his involvement at the ACLU’s Speak Up Pop Up Shop, one of the contributors, Daniel Arsham commented, ”My work’s never been specifically political, but I think it certainly takes a stance.” Which really sums up the state of the tee shirt in 2017, whether you liked the message or not, the t-shirt did what it has always done best: It took a stance, this year it was for feminism and the power of the feminist t-shirt.ÊÊÊ