Want to know what’s happening on the cutting edge of San Francisco‘s retail-tech scene? Go to the mall. Seriously.

Who said malls are dead? Well, plenty of people. A 2015 New York Times piece explored the economic phenomenon of dying malls. There’s even a website devoted to the term ”dead mall.” The United States has ”twice as much per-capita retail space as any other place in the world,” said retail analyst Jan Kniffen. At a time when commerce is moving online, traffic in malls is decreasing drastically.

But according to the International Council of Shopping Centers (ICSC), that’s not the whole story. It reported fourth quarter 2015 shopping center occupancy rates of 93.2 percent – the highest year-end data since 2007 – and rates were up to 93.5 percent in the first quarter of 2016.

Consumers are changing, in both their demographics and their expectations for a shopping experience. Some shopping centers aren’t keeping up, but the most successful malls are evolving right alongside their shoppers. Here are three ways they’re staying relevant. 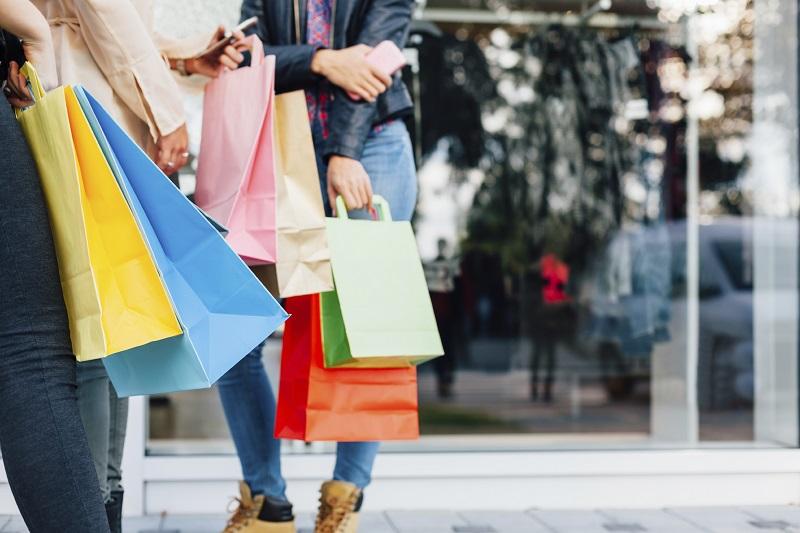 Technology is undeniably at the heart of changes in consumers’ expectations. That’s a good thing, according to ICSC President and CEO Tom McGee.

”Despite some of the hyperbole around ‘brick versus click,’ what’s really happening is a convergence is taking place,” he said.

That convergence is known as the omnichannel environment, where a retailer’s digital locations and physical stores are simply two sides of the same experience.

”What malls need to do now is to combine the ease of the digital shopping experience and the interactive wow factor that can only be experienced in-store to create a seamless shopper journey that’s exciting and one-of-a-kind,” said Marc Heller, president, CIT Commercial Services, one of the nation’s leading financing solution providers to consumer product companies.

Bespoke is a product of that mindset. The retail-tech community was hatched in Westfield Labs, an arm of Westfield Corp., which operates 34 shopping centers around the globe.

In addition to Bespoke, Westfield Labs has launched Dine on Time, a mobile app for ordering takeout or delivery from restaurants at the San Francisco shopping center, as well as Express Parking, which uses radio-frequency identification (RFID) tags in cars and the Westfield mobile app or website to expedite parking payments. By leveraging technology, the hassle of navigating and finding the merchandise shoppers want is reduced, making the mall shopping experience more appealing.

And although technology infrastructure isn’t the sexiest or even the most visible item on a mall’s amenity list, McGee says sufficient connectivity and interactive elements like near-field beacon technology are critical to the omnichannel experience. That includes everything from allowing shoppers to send Snapchats of outfits they’re trying on to friends, to sending in-store alerts about deals to visitors through beacons.

What makes those Snapchat moments and mobile food delivery options valuable are the experiences they provide. And live, engaging experiences are what differentiates successful shopping centers today, said McGee.

It’s also why so many malls now offer amenities never imagined decades ago. The Galleria in Houston includes a full-sized ice rink and two swimming pools. Ala Moana Center in Hawaii features an amphitheater with more than 800 performances a year. The forthcoming, 38-acre Shanghai DreamCenter will include a performance theater, music venues and a 500-seat IMAX Cineplex. Alberta, Canada’s West Edmonton Mall includes roller coasters, a water park and an aquarium with more than 100 species of marine life. None of which can be replicated online. And that’s the point.

”We all live in a technological age,” said McGee, ”and coming to a shopping center represents an opportunity to engage with other people in a social setting in a very experiential manner.”

3. Tailoring To Their Communities

Shoppers inside a mall 20 years ago might not have been able to tell if they were in Pennsylvania, California or Wisconsin. Not anymore. Shopping centers today are tailoring their experiences and amenities to their local communities, a trend that extends to the shops, restaurants, and other amenities within the mall.

”It’s reflective of our times,” McGee said. ”We’ve become accustomed to having tailored experiences in most aspects of our life.”

Could there be a more San Francisco-esque mall tenant than the Bespoke co-working community? Or consider The Grove of Los Angeles, which offers luxury concierge services and lithium battery trolley to shuttle shoppers from the nearby farmers market, all befitting the famed L.A. lifestyle. Among Ala Moana Center’s performances is a daily hula show. That wouldn’t quite fit in a place like Maine.

Although the personalized mall experience may be accelerating, McGee considers the trend a realization of a longtime goal of shopping centers.

”It really is what it was always meant to be,” he said, ”which is a microcosm of the needs of an individual community.”

It’s no wonder those communities are returning to the malls, where they’re finding customized, omnichannel retail experiences that don’t exist anywhere else.

A former downtown development professional, Natalie Burg is a freelancer who writes about growth, entrepreneurialism and innovation.ÊÊÊ