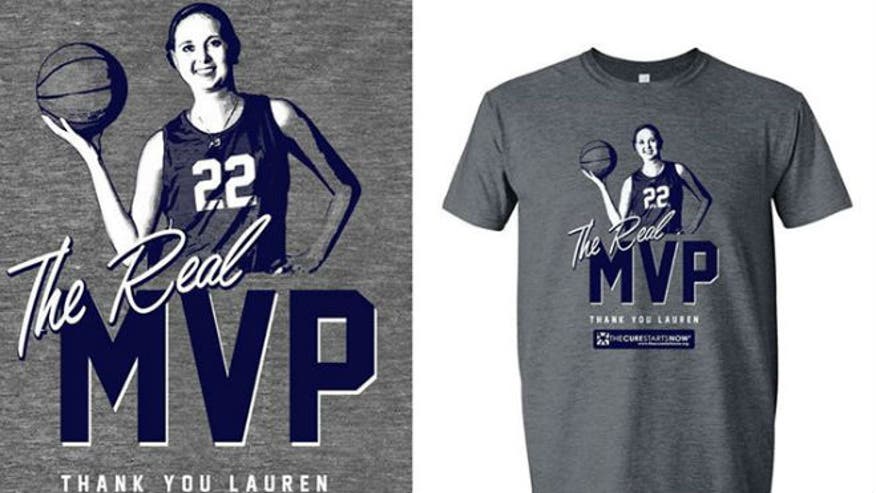 Supporters of Lauren Hill, the 19-year-old Mount St. Joseph basketball player who died from brain cancer in April, are selling custom-made ”The Real MVP” T-shirts after she was snubbed for the ESPY’s Arthur Ashe Award for Courage. Caitlyn Jenner was chosen as the recipient for this year’s award from ESPN.

Outrage broke out over the selection of Jenner over the young cancer advocate. Through her Club 22, Hill fund raised for The Cure Starts Now Foundation to find a cure for diffuse intrinsic pontine glioma (DIPG), the cancer she was diagnosed with in December 2013.Ê The foundation received $6 million in new cancer research grant requests this week and will fund $2.7 million, according to their Twitter account.

The T-shirts, approved by Hill’s family and The Cure Starts Now foundation, feature a photo of Hill in her team uniform and holding a basketball. According to Cincy Shirts, 50 percent of the sales will be donated to The Cure Starts now and will be available starting Saturday online or at their retail store in Cincinnati.