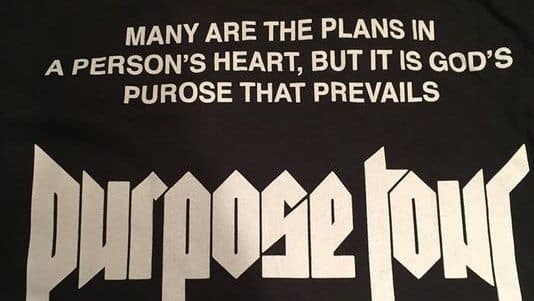 BY Jennifer King from KGW.com

SEATTLE — The first stop on Justin Bieber’s “Purpose” world tour started in a city known more for Screaming Trees than screaming girls. But the Seattle concert was nirvana for thousands of his loyal fans.

But a closer look reveals a typo that couldn’t possibly be on purpose: “Many are the plans in a person’s heart, but it is God’s purose (sic) that prevails.” The passage is also missing a source: Proverbs 19:21.