How Your T-Shirt Can Make You Rich 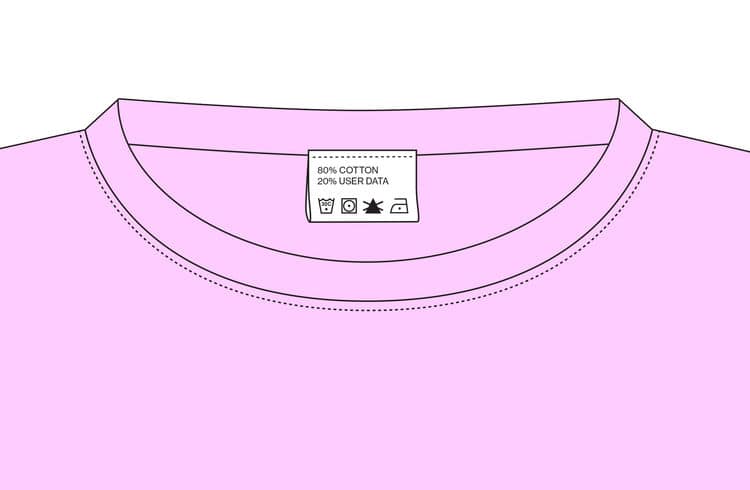 It’s hard to say exactly when the British World War II slogan ”Keep calm and carry on” began its ascent in the pop-culture lexicon, but over the past three years startup Teespring has turned variations on that theme into fashion statements: ”Keep calm and ask a librarian,” ”Keep calm and smoke on,” ”I can’t keep calm I’m a wrestling mom,” and hundreds more.

However quirky your passion, the San Francisco T-shirt maker has a design for you. Or, if it doesn’t, it will help you make the shirt you want, sell it, and take a cut. ”Keep calm and let the radiation therapist take care of it” has helped former restaurant manager Benny Hsu earn more than $120,000 in the past year, he says. Kimberly Springer, a former hospital secretary, has made about $238,000 in the past year targeting Christian women with shirts that read ”She is strong: Proverbs 31” and ”This girl still dates her husband.” ”Studying the niche is very important,” she says. ”What are they most proud of? What are they not receiving recognition for?”

Teespring, one of the top T-shirt sellers in the U.S., printed more than 7 million shirts last year. Hundreds of people like Hsu and Springer made more than $100,000 in 2014 selling tees through the company’s site; 20 collected more than $1 million, according to Chief Executive Officer Walker Williams.
Williams’s more than 300 full-time employees serve as the back-office staff for independent designers like Hsu and Springer, running their online sales, processing payments, making and shipping the clothes, and handling customer service. Teespring charges designers about $9 per shirt, depending on the cotton quality and intricacy of the design. The designers set the retail price and pocket the difference.
Heavy use of Facebook advertising has helped Teespring and the designers who use it ensure that the right shirts get in front of the right eyeballs-that T-shirts for cat lovers don’t get pushed to people with iguanas. The company says about 60 percent of its sales come through ads on social media, with roughly 20 percent of shirt buyers sharing their purchases on Facebook. ”It’s a very emotional purchase, because usually it’s around their passion and things they love,” Williams says. ”We’re giving everybody access to the same quality as Nike.”
Teespring’s success has attracted T-shirt designers including YouTube stars and brick-and-mortar companies. Glyn Williams, a former foreign exchange trader who has sold more than $1 million worth of shirts since October, says the data Facebook has on its users is startling. With a few clicks from his house in the U.K., ads for his design reading ”Keep your hands off my gun, Obama” reach male Facebook users 25 and older in certain parts of the U.S. who’ve expressed an affinity for the National Rifle Association and visited gun-rights advocacy websites. He tried pushing opposing shirts to people who visit sites supporting stricter gun laws, but they didn’t sell. More successful have been shirts marketed to French expatriates, people who worry ”the government is out to get them,” and owners of various dog breeds. (Pit bulls and German shepherds outperform Chihuahuas and Labradors.) Williams spends three hours a day updating a spreadsheet that tracks revenue from each of his more than 100 designs vs. the money he’s spent advertising each one. ”I’ll do anything to make money,” he says. ”That’s the kind of person Teespring attracts.”
”Studying the niche is very important. What are they most proud of? What are they not receiving recognition for?” -T-shirt designer Kimberly Springer
Walker Williams co-founded Teespring with Evan Stites-Clayton, the chief technology officer, in Providence in 2011 while both were seniors at Brown University. The two friends wanted to print shirts to commemorate the closing of a local dive bar and were floored by the upfront costs and need to guess how many of each size they ought to order. Williams built a website to take orders and gauge demand, posted a link to it on Facebook, and woke up the next morning to hundreds of orders, along with a handful of e-mails requesting that he create similar sites for other people’s T-shirt ideas. ”I immediately knew there was something there,” he says.
After college, Williams solicited advice from Sam Altman, a former neighbor who’s president of Y Combinator. Altman invited him to join the Silicon Valley startup accelerator’s 2013 class. While there, Williams turned down an $8 million offer for Teespring.

The company’s annual revenue now tops $100 million, says a person familiar with the financials who wasn’t authorized to discuss it.
So far, Teespring has raised about $55 million in venture funding. It’s spending $22 million to build a 105,000-square-foot printing factory in Hebron, Ky., so it will no longer have to contract as much work out to other shops. Williams says Teespring will continue to print shirts only when an order has been placed by a consumer online, so the company and its designers don’t get stuck with unsold inventory. ”This idea of on-demand e-commerce, where things are made customized for people when they want them, is powerful,” says Altman of Y Combinator, which owns about 5 percent of Teespring.
Online apparel companies can grow quickly if they have a unique idea, but often ”hit a wall” when competitors enter and customers drift to cheaper or cooler options, says Sucharita Mulpuru-Kodali, who studies e-commerce for market analyst Forrester Research. Teespring took business from custom shirt website CafePress. Now custom shirtmaker Viralstyle, founded by a former Teespring designer, is trying to talk designers into selling shirts through its site instead. Teespring’s expenses are rising at the same time Facebook ad rates are ticking up, and Williams has to deal with a steady stream of legal complaints about shirts that use copyrighted images from movies or sports teams or ones that mimic existing top sellers. He says staffers review all designs to avoid liability.
On the factory floor on March 31, Williams walks past designs that range from the familial (”Cat dad”) to the crude (”Put your lipstick on my dipstick”). Dressed in a baby-blue tee bearing the company logo, he says he’s focusing on getting the plant, which is running at one-third capacity, fully operational by yearend. The next step will be to venture beyond shirts into hats, stickers, posters, and smartphone cases, he says. ”If we can achieve this, where everybody has access to world-class production, customer service, and logistics, we can change the way brands are launched.”
The bottom line: Three-year-old Teespring sold 7 million shirts in 2014, largely on the strength of social media microtargeting.
(Updated third paragraph to correct Teespring’s U.S. sales figures.)ÊÊÊ