Guilt by association to clothing simply makes no sense 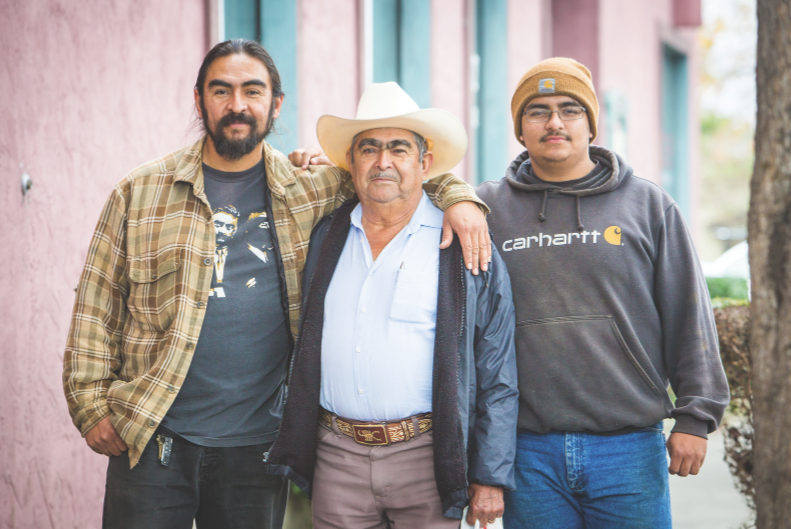 They say clothes make the man, but do they also signal criminal behavior? Many in law enforcement are convinced that is so, despite all evidence to the contrary. While we respect the experience that leads professionals in the field to that conclusion, we respectfully disagree with the concept, and that includes the way ”clothes profiling” is applied here on the coast.

Elsewhere in today’s newspaper you can read the experience of the Jimenez family. They say they were singled out by San Mateo County Sheriff’s deputies, who took photos of them as they wandered Main Street on the final day of the Half Moon Bay Art and Pumpkin Festival. Sheriff’s officials say Joaquin Jimenez Jr. was among a group of young people wearing T-shirts commemorating the life of Felix Garduno-Vega that day. Garduno-Vega was killed in a shooting in Half Moon Bay in September, which the Sheriff’s Office characterized as ”gang-related.”

It is important to note that Sheriff’s officials also say a member of the group was involved in a disagreement with private security at the San Benito House that day, but it is the mention of the T-shirt that gives us pause. We simply don’t think that wearing a T-shirt with the likeness of a recently deceased friend should mark anyone as a troublemaker. It also begs the question: If the group in question had been middle-aged white men, say, wearing the same T-shirt, would it have aroused attention from law enforcement?

This connection between clothes and criminality is nothing new. Law enforcement organizations have long associated certain colors and styles of dress with criminal street gangs. It is an innocent assumption borne of simple fact. Many street gangs do adopt their own fashion statements. But so do some of the world’s most famous musicians, fans of professional sports teams who sometimes use the same ”gang colors,” and teenagers who just want to look cool.

The Los Angeles Police Department, which by all accounts has in recent years improved its relations with communities of color, maintains a shocking page on its own website. It’s titled, ”How Gangs are Identified.” It includes such sartorial observations as, ”The uniform of Hispanic gangs is standard and easily recognizable. Most gang members adopt a basic style that includes white T-shirts, thin belts, baggy pants with split cuffs, a black or blue knit cap (beanie) or a bandana tied around the forehead similar to a sweat band.” Black gang members, we’re told, ”are individualistic in their dress. Black gangs tend to identify themselves by adopting certain colors.” The only mention of gang members who are not black or Latino comes in a brief suggestion that ”black is worn by ”_ heavy metal Anglo gangs.” It is also worn by rock bands like Metallica and millions of their law-abiding fans, as well as the police department’s own special units, but we digress.

Judging people by the clothes they wear is simply unfair. It fuels racial stereotypes. It is unevenly administered. Even if you are right – even if that kid in the black Felix Garduno-Vega T-shirt is up to no good – there is no cause and effect. Harassing certain kids in certain clothes will not keep the rest of us safe; it will justifiably anger communities of color – and we’re not talking blue or red.