By The Canadian Press From ctvnews.ca 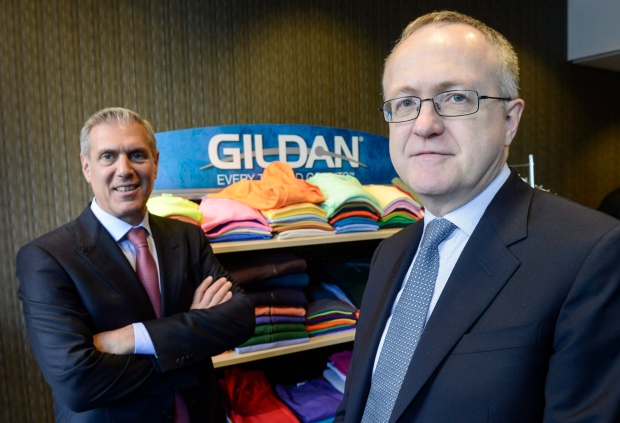 MONTREAL — Gildan Activewear Inc. (TSX:GIL) says a 20 per cent increase in Gildan-branded underwear sales and even bigger growth at its printwear segment helped the clothing manufacturer to a US$67.6 million profit in its fourth quarter.

Overall sales were up 39.2 per cent to US$543.8 million, from US$390.6 million a year earlier, and above the company’s estimate — mainly due to unexpectedly high sales of T-shirts made by its printwear segment.

The printwear segment accounted for $284.9 million of sales, up from US$160.3 million in the previous year’s fourth quarter, which included a $48-million inventory devaluation that didn’t recur. Excluding the inventory markdown, printwear sales were up 37 per cent from the same time last year.

Sales of the higher-margin branded apparel were US$258.9 million, up 12.4 per cent from US$230.3 million. The segment includes sales of Gildan underwear, which had been focus of an ad campaign featuring country singer Blake Shelton.

Gildan’s net profit for the quarter ended Jan. 3 — reported in U.S. currency — was equal to 28 cents per share, and also 28 cents after adjustments.

The Montreal-based company — which has its manufacturing operations outside of Canada — says its quarterly dividend to shareholders will rise by 20 per cent to 7.8 U.S. cents per share payable April 4.

It has also received approval to repurchase and cancel up to nearly 12.2 million common shares, about five per cent of the public float, over the coming year.