By Jim Randle from voanews.com 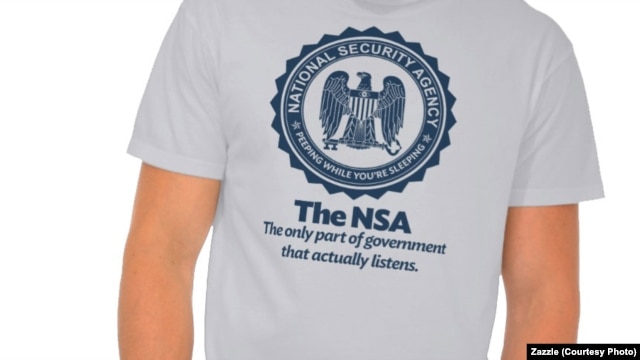 A T-shirt designed by Dan McCall pokes fun at the NSA as “the only part of the government that actually listens” referring to the NSA’s alleged monitoring of millions of people.

A series of legal cases is pitting some T-shirt designers against large government agencies and a major tobacco company in squabbles over free speech and intellectual property rights.

At issue are messages on these shirts that are critical of the policies or products of companies or other powerful groups.

In the most recent case, a tobacco company says a highly critical parody of its brand name violates laws protecting its trademark.

The image printed on the shirt closely mimics the color and type style of a package of Marlboro cigarettes — but replaces the well-known brand name with the word ”Death.”

An attorney for Marlboro sent a letter to designer Skylar Shatz and his company SkyGraphX, demanding that he stop selling this product.Ê A spokesman for the company that makes Marlboro, Brian May, says the firm ”has a responsibility to shareholders to defend its trademarks.” 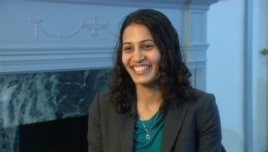 Jehan is part of the consumer rights group Public Citizen, and says ”It should be troubling to anyone who believes in free speech and the marketplace of ideas that corporations resort to bogus claims of trademark infringement to quash commentary that is critical of their products and services.”

It is not yet clear what will happen next in this case, but other recent controversies have ended in favor of a different parody T-shirt designer, Dan McCall. 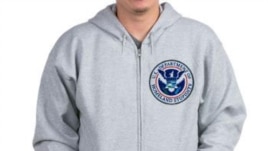 A hoodie calling the U.S. Deprtment Of Homeland Security the “Department of Homeland Stupidity.”

Shirts designed by McCall poke fun at the NSA as “the only part of the government that actually listens” referring to the NSA’s alleged overzealous monitoring of millions of people.Ê Many Americans find that satiric message very funny.

The agencies had threatened legal action against the printer who made and distributed McCall’s satiric T-shirts.Ê McCall’s attorney persuaded a court that the critical messages were protected parodies, and the government agencies agreed to end their legal threats and pay McCall’s legal expenses.