by OWEN WILLIAMS from thenextweb.com

You’ve probably heard all about Threadless, but there’s an interesting underdog in the t-shirt business you might not have heard about, helping crowdfund designers’ t-shirts to reach the world.

Cotton Bureau, which was founded in 2013 and based in Pittsburgh, Pennsylvania, is a website featuring swathes of custom-designed tees from designers around the world. Anyone can submit a design, but only the best are selected by the team to run on the site.

From there, users can back their favorite designs by pledging money to get a tee.

Each submission needs to needs to hit 12 purchases to be printed, though at that point the designer makes no money from their creation. After a set milestone, like 25 tees, the designer starts making a set amount per tee and the earnings increase as they hit further milestones.

Jay Fanelli and Nathan Peretic created the community as something of an accident; in 2009 they launched ”United Pixel Workers” which they saw as a fake union for the tech industry. It didn’t take off, but they found success with a small part of it: t-shirts.

Eventually, as the pair noticed how well that element was doing, they renamed to Cotton Bureau and built their own platform, fulfilment service and infrastructure in order to make it easier for other designers to crowdfund designs for print. 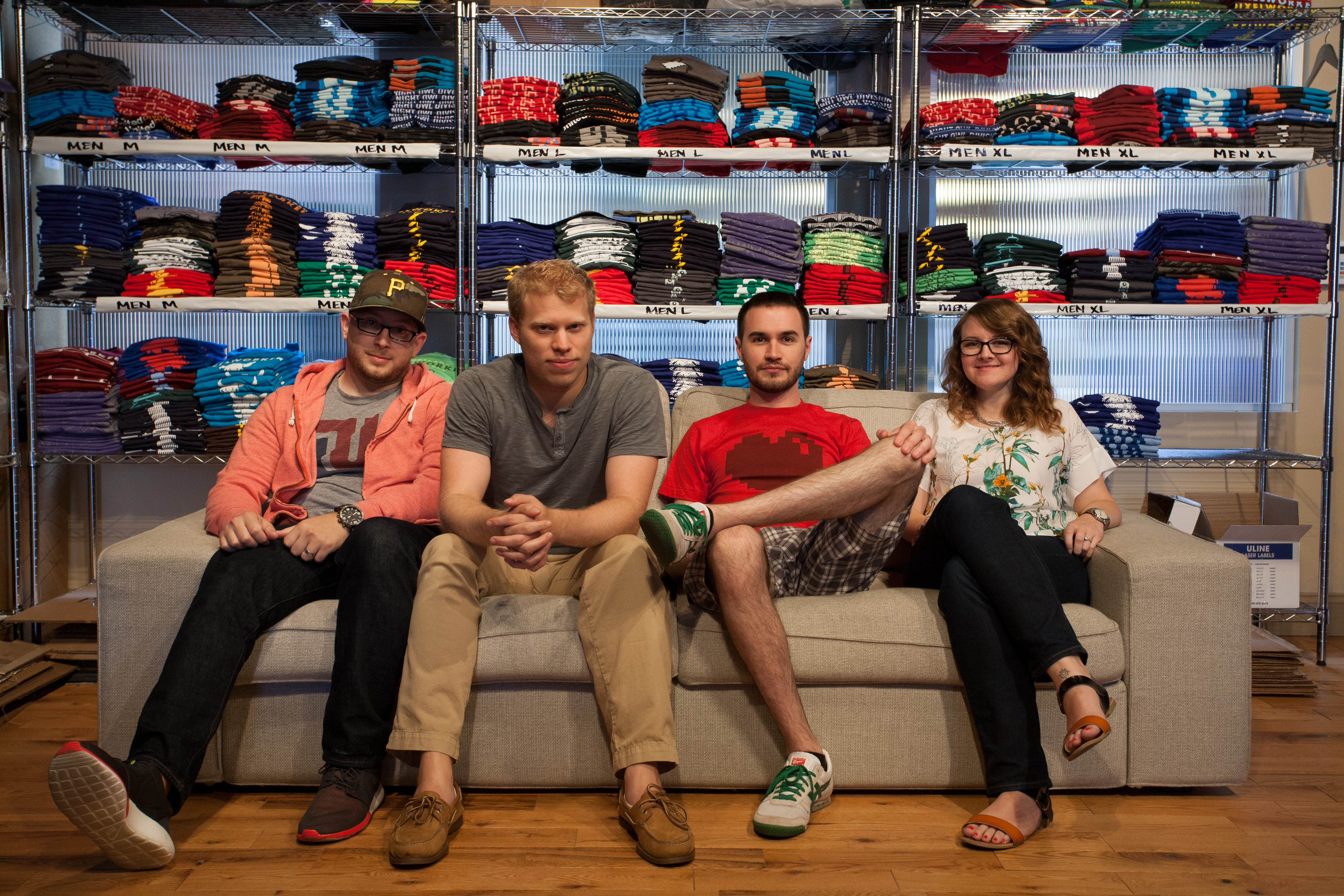 Fast-forward to today and Cotton Bureau is selling $100,000 worth of tees and receiving over 300 design submissions every month, with a team of just four people.

Peretic admits that it’s still pretty small compared to a giant like Threadless, but its way of selling is very different and much more curated than the competition and is impressive for a company that isn’t venture backed.

I asked if the lack of venture funding was intentional, and Peretic told me that the team feels like if there was another stakeholder outside of the team, designers and cut customers, there might not be enough to go around. This way, they retain total control.

The pair formerly ran a Web development business and built Cotton Bureau on the side, but eventually had to drop its clients and close down because the tee business grew so big.

Cotton Bureau is more for the designer who wants a no-hassle way to get their tees worn by people and wants to be surrounded by other great designs. Tapbots, the creator of Tweetbot, jumped on the site to avoid the hassle of printing and shipping tees. 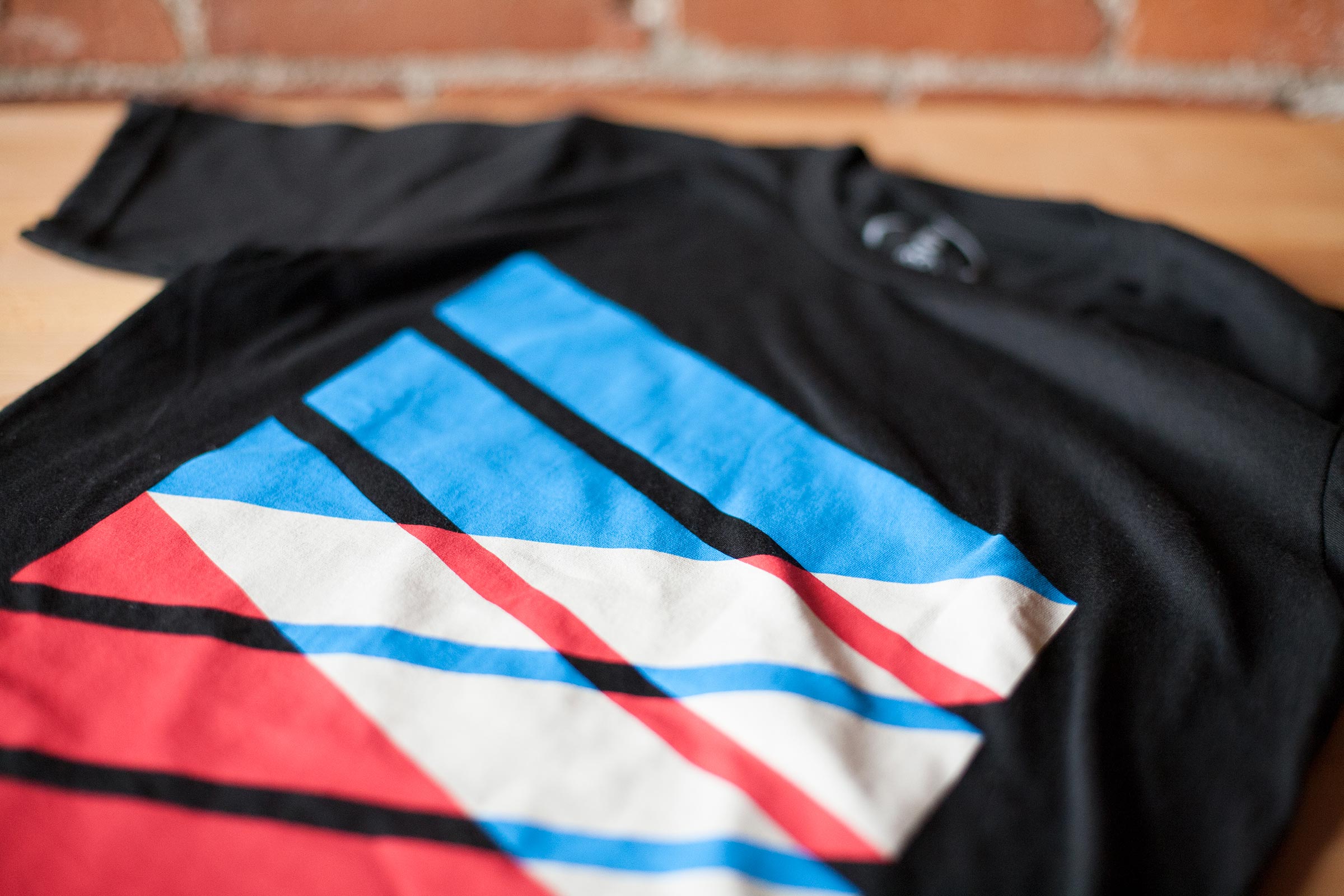 It’s built a great community of designers who keep coming back and continually hosts great designs. About two-thirds of shirts featured are successfully funded through the site, with most of them being promoted to the world by the designer.

I’ve purchased a number of tees through the site for myself and like that they’re produced in limited, short runs, so you know there aren’t that many people out there with the same design.

If you’re a creative looking to get your designs out to the world, Cotton Bureau is a compelling way to get them out there with very little effort or risk – you don’t need to worry about the printing, shipping or logistics of it all, you can just put up the tee and tell everyone you know to go and buy one.

Owen is a reporter for The Next Web based in Amsterdam. Owen’s specialties are gadgets, developer trends, security and privacy. You can find him on Twitter at @ow and get in touchhere. He also runs a weekly tech newsletter you’ll love.