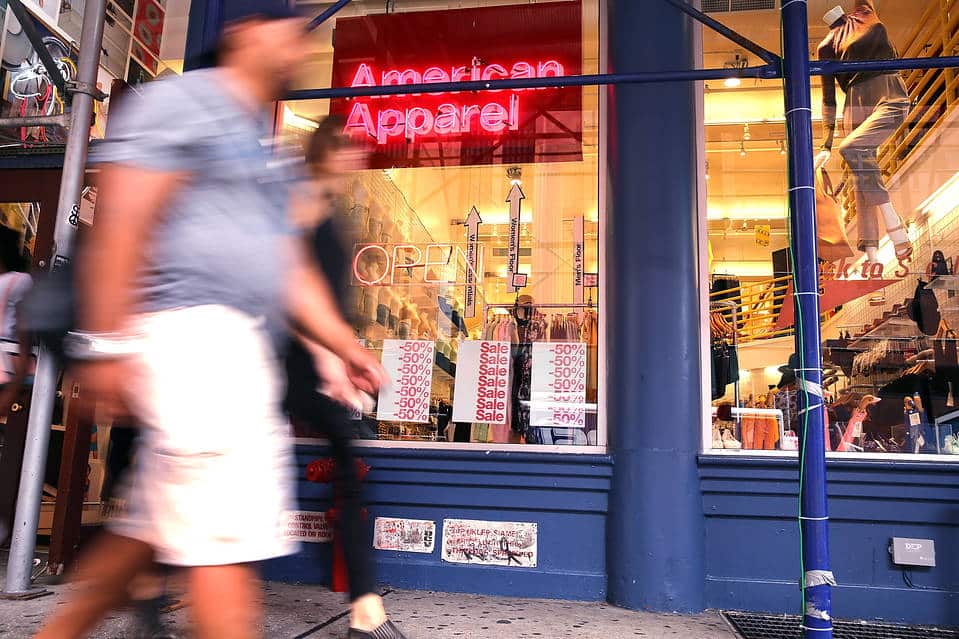 American Apparel Inc.’s bankruptcy filing throws a spotlight on a little-known hedge fund that is playing a central role in the restructuring of two high-profile retail companies this year.

Standard General LP, which in May took control of RadioShack Corp. in a bankruptcy auction, is a large investor in American Apparel, the clothing company that filed for chapter 11 protection on Monday.

The hedge fund expects to hold about a quarter of American Apparel’s debt and 5% of its equity when the company emerges from bankruptcy, according to people familiar with the matter.

American Apparel’s restructuring will reduce the company’s debt by more than half and provide it with the funds to continue operating. No layoffs or mass store closings are planned. In exchange, Standard General and other lenders who own about $200 million of the company’s bonds will gain control of the company.

Standard General’s involvement in American Apparel dates to a June 2014 agreement it struck with Dov Charney, the company’s controversial founder and former chief executive, who was ousted in December. The agreement boosted Mr. Charney’s stake in the company to 43%, but gave Standard General a say over a large block of stock.

The New York-based hedge fund also owns about $33 million of American Apparel’s debt, including about 20% of the company’s debtor-in-possession financing, money that will keep American Apparel operating through bankruptcy.

Despite several cash infusions, American Apparel continued to lose money. Losses totaled $46 million in the six months through June 30, extending a string of more than $300 million in losses since 2009.

A big part of the company’s problem was a heavy debt load that was being serviced at above-market interest rates. The restructuring will cut its debt to $135 million from $300 million, and give American Apparel the ability to buy enough merchandise to keep its stores stocked going forward, according to CEO Paula Schneider.
”We created a beautiful fall line and we were only able to buy about 15% of it,” said Ms. Schneider, whom Standard General helped to recruit.

The fund was also instrumental in appointing American Apparel’s current board, which includes David Glazek, a Standard General partner, and two executives who had worked for companies in which the fund had major investments, including the former CEO of RadioShack.

Those arrangements had given rise to concern that it would find a way to walk off with the company at the expense of other investors, as creditors in RadioShack’s bankruptcy had claimed in a lawsuit. Standard General has previously said those allegations are without merit. A bankruptcy judged approved Standard General’s $26.2 million bid for RadioShack, saying it had the added benefit of saving more than 7,000 jobs.

In fact, the opposite has happened at American Apparel. Mr. Glazek recused himself from the board vote on the company’s bankruptcy filing, according to a person familiar with the situation. And Standard General passed on the opportunity to purchase a controlling stake in the company’s credit facility in August.

Instead, it joined other bondholders, including Monarch Alternative Capital LP, Coliseum Capital LLC and Goldman Sachs Asset Management LP, in purchasing the credit line, which gave it a smaller seat at the table.

Write to Suzanne Kapner at Suzanne.Kapner@wsj.comÊÊÊ