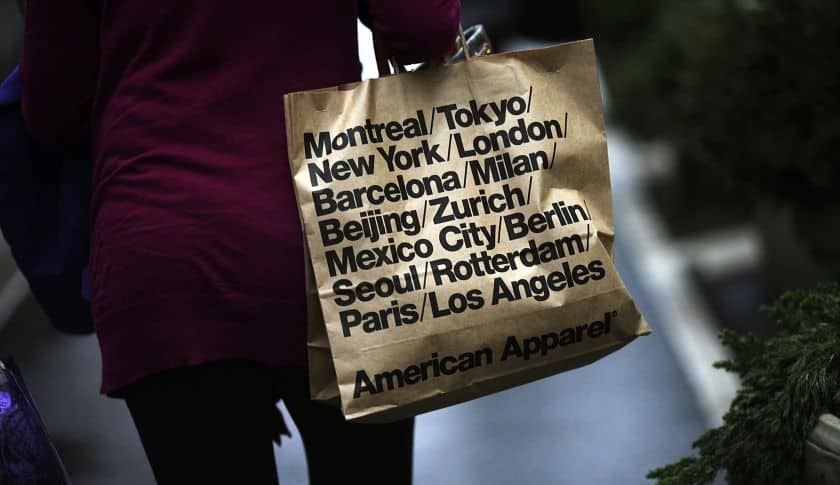 By Lisa Fickenscher from nypost.com

American Apparel may have emerged from bankruptcy this month, but it’s still facing the same labor strife that has dogged it for nearly two years. On Friday, hundreds of sewing workers at two of its Los Angeles factories staged a stoppage to protest a work rule that has resulted in lower pay, people familiar with the situation told The Post.

The protest escalated when management told workers to leave the premises for the day, sources said.

In the wake of the protest, veteran sewing manager, Jeremias Pablo, who had worked for American Apparel for 18 years, was fired, he said.

On Feb. 16, his boss, Marty Bailey, a 14-year veteran of the company resigned, he announced in a letter of resignation, a copy of which was obtained by The Post.

Bailey’s successor, Kurt Messenger, had been a consultant at the company for six months, American Apparel Chief Executive Paula Schneider said in a memo to employees.

The company declined to comment on the work stoppage and firing.

Meanwhile, a labor group continues to organize workers at the company, and one leader, Nativo Lopez, said it’s possible that employees will not return to their jobs on Monday.