5 HILLARY CLINTON T-SHIRTS THAT NEED TO EXIST, IN CELEBRATION OF HER PRESIDENTIAL CAMPAIGN

By MELANIE RICHTMAN from vbustle.com 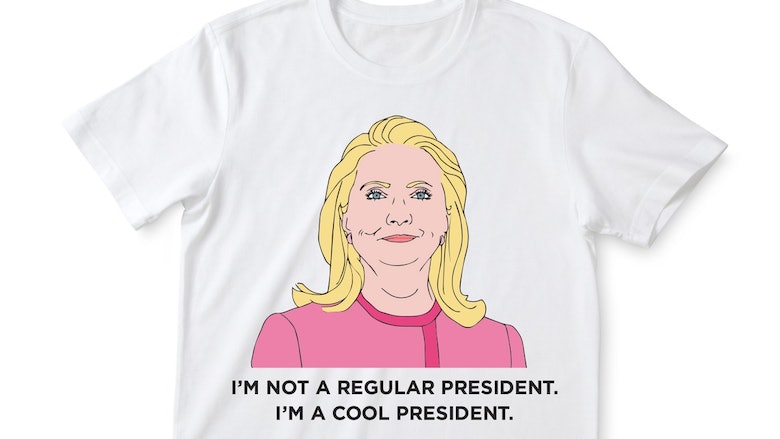 We all knew it was coming. Hillary Clinton just announced that she will be running for President of the United States in 2016. Whether you support her politics or not, it will be pretty exciting if she becomes, like many are predicting with almost absolute certainty, the Democratic candidate in the next election. Can you even imagine how groundbreaking it will be if she gets elected? I literally get goose bumps just thinking about how awesome having a female president would be. GIRL POWER, am I right?

While we still have over a year until we get to vote in the primaries, that doesn’t mean you can’t start showing your support now. Unfortunately, most campaign t-shirts are pretty boring. I mean ”Hillary in 2016?” Who wants to wear that? While traditional campaign swag probably won’t improve anytime soon, we did come up with some t-shirt ideas of our own that we think the world needs to create as soon as possible. Because what is better than a shirt with a cartoon version of Hillary Clinton accompanied by a Mean Girlsreference? Nothing. Literally nothing is better than that. Should we start a Kickstarter for these? 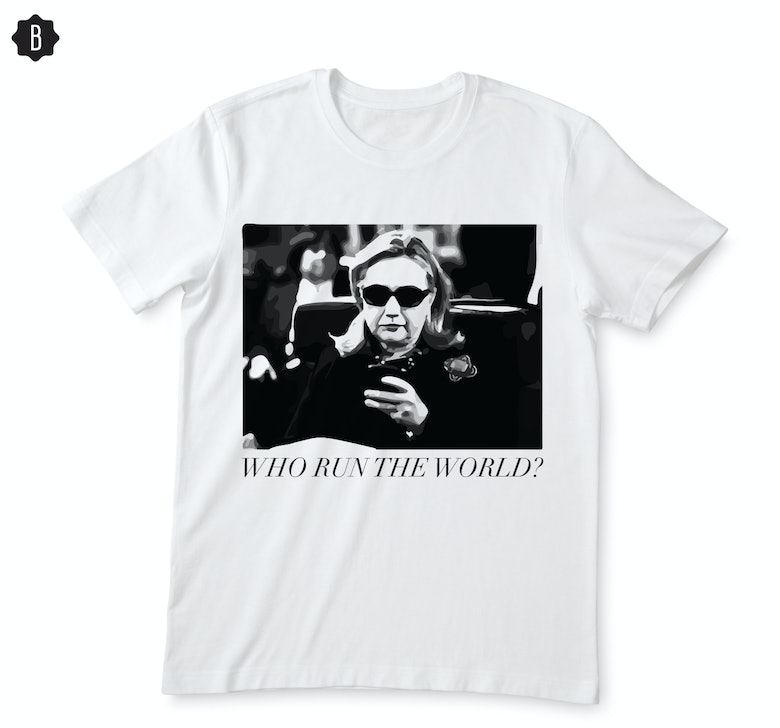 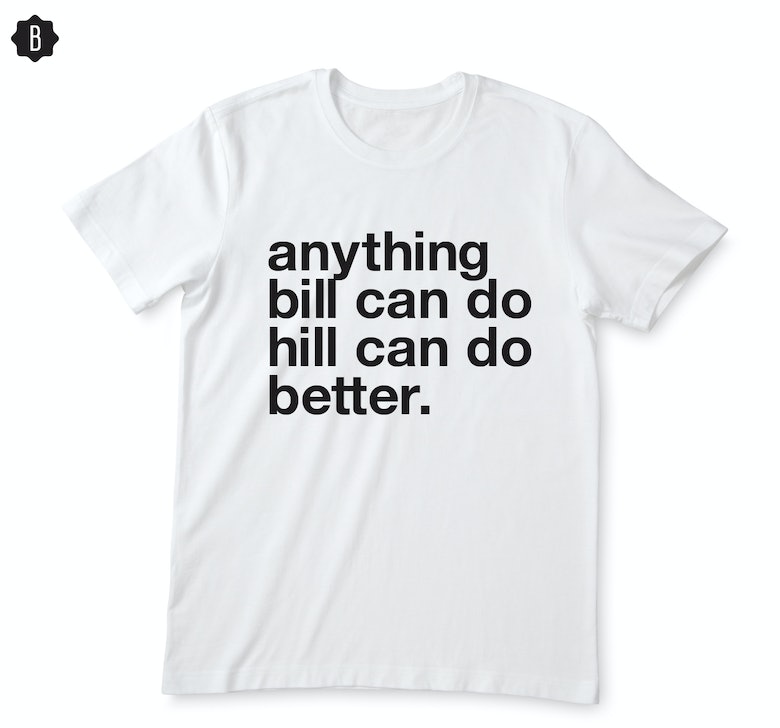 Sorry, Bill. The rhyme was just too easy. 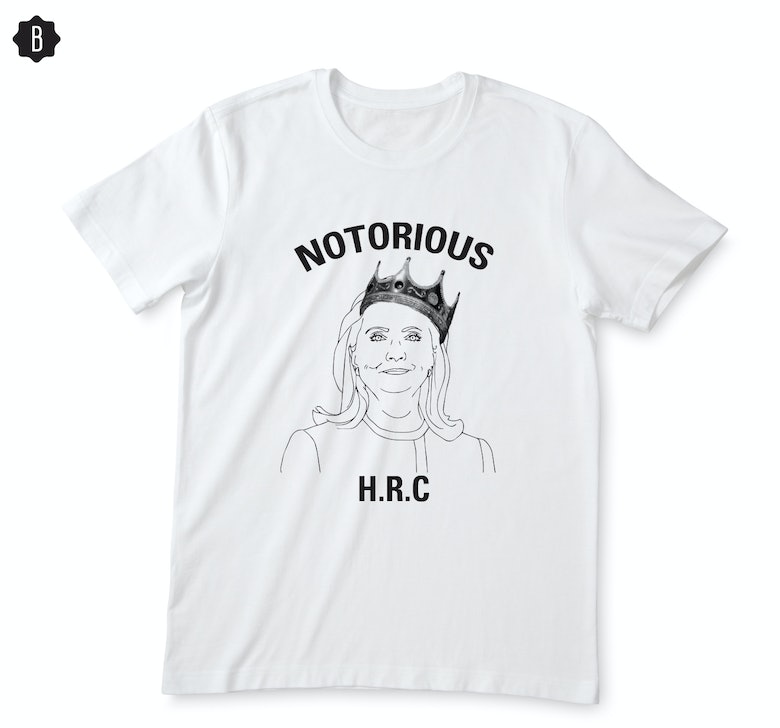 Hillary is a boss and can rock a photoshop crown. 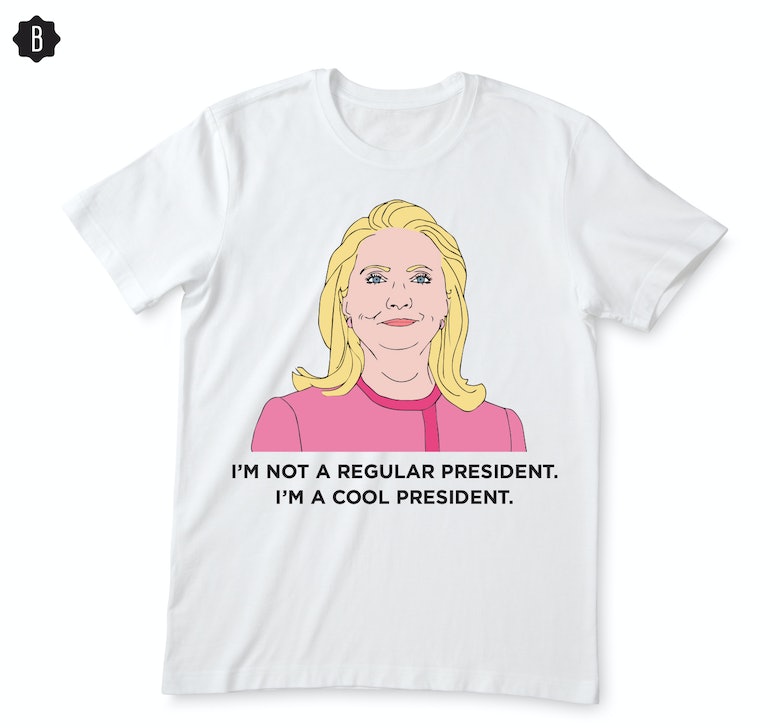 Mean Girls references will probably never get old, and this Hillary version couldn’t be more fitting. 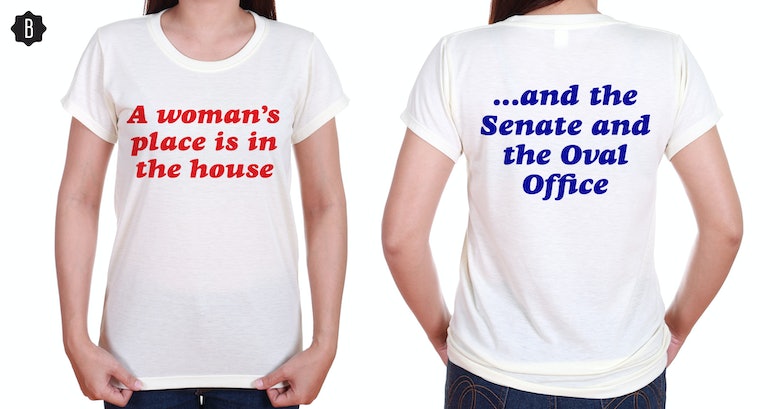 Sorry, misogynists. We couldn’t help ourselves with this government pun.