THAT $8 SHIRT SEEMS LIKE A DEAL, BUT IT’S ACTUALLY A HUGE PROBLEM 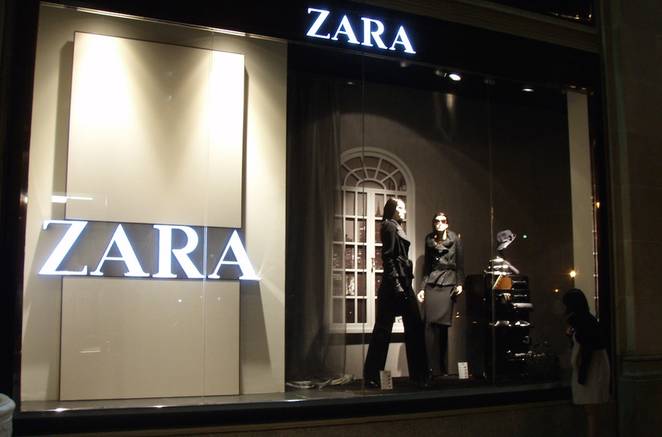 By Katherine Martinko (@feistyredhair) from treehugger.com

A new video from Grist explains why fast fashion is such a terrible idea and why it is imperative to move away from our obsession with cheapness over quality.

While walking along Bloor Street in Toronto this past weekend, I was struck by two conflicting urges. One was to rush into the fast fashion stores and buy some of the beautiful-at-first-glance items of clothing hanging on mannequins in the windows. My other urge was to flee away from that temptation as quickly as possible because I found all that glamorous, trendy, and dirt-cheap fashion to be utterly revolting.

The allure is strong; who doesn’t want new clothes that cost next to nothing? But it makes no sense when you stop to think about it. When a shirt costs so little, it means that someone is losing out along the way, and it might even be you, the buyer, who thinks you’ve snagged a serious deal but have really just been duped.

Grist has released a new video called ”Let us explain why your $8 shirt is a huge problem.” Narrator Eve Andrews explains that Americans buy 20 billion new items of clothing each year, while sending 10 million tons of unwanted clothes to the landfill.

Andrews describes a cycle that we all know well – buying a cute top that is so cheap you can’t not buy it, wearing it a few times until it sinks to the bottom of the drawer. You find it again a year later when you’re KonMari-ing your room, stuff it in a bag, take it to a consignment store where nobody wants because there are so many other cheap items like it; same thing happens at the thrift store because they can’t sell it, so it goes in a dumpster headed for landfill. (No, your stretched-out top from Forever 21 probably won’t go to Africa either, because Africa is inundated with our cheap crap clothing and doesn’t want anymore.)

This cycle is disastrous for so many reasons. It is a waste of money over the long-term, especially if you persist in buying $8 shirts every week; that is equivalent to buying two $200 shirts each year, which you’d probably wear forever. (The cost-per-wear for the expensive shirt would work out to less than the cheap one.)

Buying cheap clothes perpetuates a labor system that is grossly unfair and abusive. Garment workers are among the lowest paid in the world and work in dangerous, fire-prone factories. Some people might say, ”It’s better to have a crappy job than no job,” but that’s not a good enough excuse to support such a horrible industry; surely we can do better than that. Then there’s the environmental cost.

”That shirt didn’t cost you very much at all, but it cost the planet quite a bit – to the tune of 1,320 gallons of water and approximately 9 lbs of carbon dioxide in its production and transportation alone”_ That’s a lot of resources for one sh*tty shirt.”

We need to move away from our addiction to fast fashion. While Andrews makes some good suggestions about how to do so, and there are an increasing number of ethical and sustainable producers who provide beautiful ‘green’ fashion options, I really think that the greatest lesson we could learn in North America is ‘making do with what we have.’ Choosing not to buy, green or not, is the greenest thing to do (although that advice may rankle the many wonderful, small-scale, sustainable fashion producers out there).

Fast fashion has created an appetite within us that must be resisted for the sake of the planet and our sanity. New shirts should not cost $8. If they do, get out of that store,fast!