Are you looking for Fall and Winter options for your layered look? Sleeve it to SpectraUSA.

The most under-rated garment in your closet is, without question, the long sleeve t-shirt. Given any summer day it’s probably not going to get a second look but come fall and winter this little wonder becomes the centerpiece for the perfect layered look and the practical workhorse of chilly fall and winter styles. Long sleeve t-shirt layers allow minute control of your personal climate as the colder days creep up on us and long sleeve tees give you the kind of flexibility that a short-sleeve tee never could. If you’ve got a long sleeve on, you’ve got options this winter

The Classic Cali Retro T-shirt and the Summer Color Explosion

The snowballs have been tossed, the snowmen built and”_ unbuilt. Logs burned, s’mores s’mored, carols sung, noses nipped by old Jack Frost and at the dirty tail-end of winter there’s not much more to say besides a hearty ”C’mon Summer!!” And not just any summer mind, a truly Spectralicious summer filled with short sleeve tees and tanks, glorious sunshine and and easy summer smiles all day long. To get you in the mood for our favorite season we have created three unique new colors for our retro t-shirt range of classic American t-shirts to help you ease out of those soggy, muddy boots and into something with a few more summer colors.
Spectra’s 2100 range of shirts is built around a traditional, historically American retro t-shirt specification. After all, the t-shirt was born and perfected here and our homage to this incredible fashion heritage is clear in ever inch of this North American designed and created masterpiece. From the American-made yarns, to the 20 singles ring-spinning process we use create this uniquely soft and durable garment ensures a great fit and the ultimate softness under the touch. Noticeable thicker than other weaker ”industry standard” t-shirts, the 2100 Retro ring-spun tee offers the wearer all the comfort of the t-shirt that was ”good enough for grandad” with all of the advances of modern technology which finish this garment in ways which we know grandad would applaud. 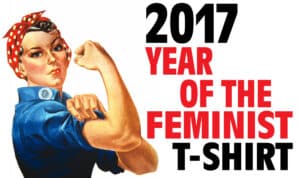 Doug Bunting is grinning at me like a man who knows the secret of Ali Baba’s cave of wondrous treasure. He is beaming as he carefully lifts and gently places each of these meticulously cared for and curated vintage textile prints he is allowing me a private audience with. He flips over another-a blast of shimmering blues, golds and reds, as wildly psychedelic as the day the were made-some 60 years ago-leap off the thick card they were hand painted on to as if it were yesterday. He flips another and he shoots me that look again, it’s the understated look of knowing cool-you gettin’ this buddy? How’s the transmission? Five-by-five? Are you feeling the enormity of what I’ve got going on here? Can you dig it? Well, damn you Doug. I can dig it. Truly, truly, I can dig it.

Responsive Production – The Trend for Retail and Producers

The bane of modern apparel manufacturers is usually the struggle to turn dedicated production systems on a dime and create compelling, fresh lines with real market appeal which are trend responsive for their partners. As brands and their manufacturing partners have chased profitability by outsourcing to China, India and elsewhere in the East, the operational snag they often seem to hit is inflexibility and the slow turnaround times for fashion production lines located outside of the Americas. Although this strategy was geared towards profitability, what has emerged from it is a market which values responsive production partners, giving retailers the ability to ”tune into” an emerging trend, allowing for both agile and rapid production. 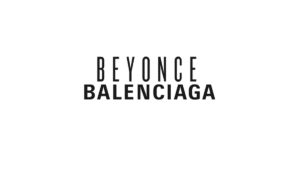 When you think air travel you probably think, scruffy t-shirt, sweats and comfy shoes. Anything really, which will you cozy as you squish into your seat in and pretend you are not trapped inside a steel tube next to hundreds of complete strangers hurtling through the stratosphere on your way to”_ wherever. The t-shirt is the staple in this air-ordeal ensemble. I have a few regulars I like to fly with, and you probably have a few faves yourself. This is no different for high profile flyers like Beyonc̩. Indeed, Beyonc̩’s Balenciaga T-shirt, made a few headlines this week as her ”travel outfit” blew us all away.

The blank black t-shirt is the de rigeur uniform of California. A trip down the streets and beaches of LA, San Diego or San Francisco will confirm any doubts you may have about this fact. Black is the perfect shade for any gritty, smoggy city but also for the abundant creative classes in the big towns making, breaking and bringing new stuff to life in studios, skate parks, line ups and backstreets across the State. Picking the perfect blank t-shirt is not as easy as you may first think, so we did the grunt work for you to make your search for a blank tshirt that much easier. 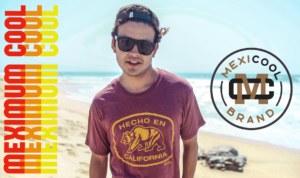 ‘It doesn’t have to be profound,” quips Robby Vient Alcaraz, the design powerhouse behind the Mexi/Cali lifestyle brand Mexicool, ”But it’s got to be clever.”

An enigmatic character to be sure, Robby transcends both Mexican and So-Cal culture, self-descried as half-gringo and half-paisa, he is perfectly placed to poke fun at the intersection of these two worlds, all the while producing some of the most eminently wearable, and remarkable clothing to be seen street-side. Robby’s snappy design and quick humor effortlessly makes light of an often strained relationship between the United States and Mexico which he feels, could benefit from more empathy, more fun and fewer, not more, boundaries.